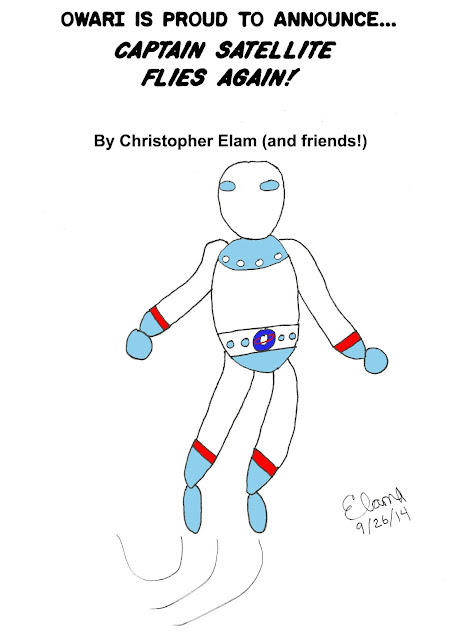 Imagine a world where a skinny nerd is the world's greatest hero (sorta) and his girlfriend is his bodyguard (seriously). Imagine a world filled with giant monsters, alien invaders, rampaging robots, and dastardly villains of every stripe. With us so far?

Captain Satellite by Christopher Elam is your guide to just such a world and the colorful characters that inhabit it. So grab your ticket and fasten your seatbelt! It's time to take a trip to the Owariverse!

REGARDING MY ART: Yes, I know.