LITTLE KNOWN FACT: On one of his journeys in the Time Bubble from the 30th century to the 20th century to aid his pal Superboy, Legion of Super-Heroes member Chameleon Boy made a detour into the mid-70s to score the movie SURFER GIRLS. And then they misspelled his name! 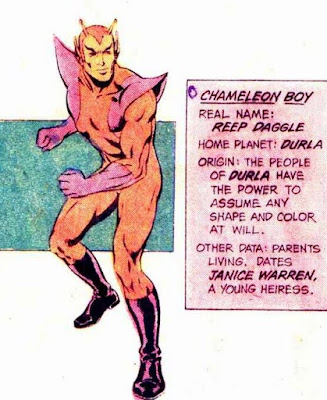 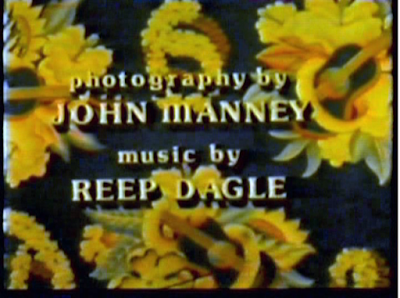 Where My Head Is

The first thing you need to know is that I junked a scheduled post which was going to put this blog on indefinite hiatus again. To be clear, we're NOT going on hiatus. At least, that's no longer the plan. But, I should probably go into the reasons for almost making such a decision so soon after quietly reviving OWARI.

Basically, I've reached the point in my life where my "fandom" has simmered down and is no longer much of a priority to me. This has been building for some time (literally years), but has finally gotten to where I can no longer ignore it or just switch gears for awhile. While I still have affection for the things that brought me to where I am (comic books, Japanese monster movies, etc.), my passion for them has just sort of left me.

I don't think I quite realized how much of my own identity was wrapped up in outside forces. As I have slowly subtracted pursuits that no longer did anything for me, I came to understand "fandom" was sometimes a substitute for other things in my life. And the crazy thing is, I've never been nearly as wholly invested as a lot of folks. If you were to take away, say, video games from some people, how much of that individual would be left?

I'm trying to answer that question for me. I characterized it as a "mid-life crisis" on Twitter not long ago, and I was only half-kidding. I've been going back and forth with depression lately as I try to figure out Who I Am Now. The weird thing is, things are pretty good otherwise. I want to be closer to figuring this out before life inevitably decides it won't be "pretty good" for awhile.

Perhaps you have deduced that my decision to focus more on my own original characters and stories a few years ago was related to this. Good catch if so. The only trouble is, inspiration waxes and wanes when you're playing with your own imagination with no real incentive other than to create. Let's be honest, only a handful of people actually care about what I'm doing with that stuff. So combine my current state of mind with some...other stuff (which I won't be getting into) related to my work and, well, the old mind well has been a bit dry recently.

My "comeback" here was a reaction to the above. I was trying to find my happy place again in the old hobbies, and figured writing about them would be extra motivation. Turns out, no, it mostly wasn't. It was a last gasp of sorts and now...here we are.

I HAVE been doing things, and I DO have things I want to write. I'm worried this might not be the proper place for those writings. I've been considering starting a NEW blog to put some of that out there. But let me tell you what - I don't think I have the stomach in 2017 to customize another blog to my liking. Maybe that will change, but right now, it sound suspiciously like work. And it's work I don't want to do. So we'll see what happens.

This is the State of OWARI and, by extension, me as we go forward. I'm not sure what's next. I'm not sure if it even matters if there IS a "next" here. But if you bother to read this blog, you deserve to know where things stand now. Thanks.
Posted by C. Elam at 3:00 PM No comments: