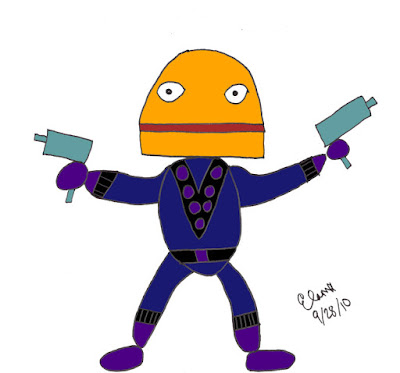 The original idea was aliens with hamburger heads. This became too ridiculous for even me as part of the Owariverse, but I liked the picture. However, I made the mistake of leaving the proposed name of these aliens on it. This caused much confusion and has been deleted for this posting. Just so we're clear - NO HAMBURGER HEAD ALIENS IN THE OWARIVERSE.

Eventually, this design evolved into the Burger-Meister.

Email ThisBlogThis!Share to TwitterShare to FacebookShare to Pinterest
Labels: apocrypha, my art