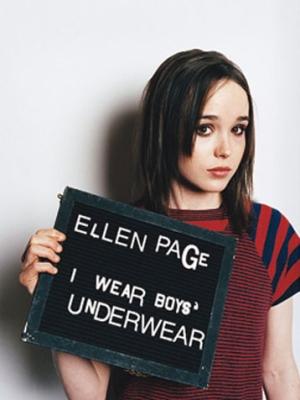 This post is highly unnecessary in the mountain of reaction to Ellen Page coming out as gay, but I thought I should write it to make a point about something. You see, a couple of years ago, I was reading a story about her on one of those gossipy sites that I try to avoid like the plague. As I perused, I realized something: Ellen Page was gay, or bisexual. This was followed by a second reaction moments later: it's not a big deal to me.

I pretty much went on with my life after that, and didn't give it a lot of thought. It's none of my business, and I still think that today. But Ellen Page made the announcement for HER benefit as much as anyone else, and it clearly WAS a big deal for her. So I applaud her for having the courage to own who she is. Maybe that will even make a difference to someone out there.