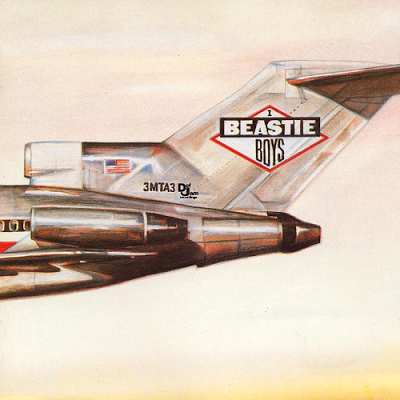 Over a year ago, I called this album "the soundtrack of my being 15 years old." I just listened to it the other day, and you know what? It still holds up remarkably well. That's quite a relief, because the things that you think are cool at that age don't always sound the same as you get older.

I always laugh when people get into a twist over the latest "shocking" lyrics from the latest popular music act. I think about how much I listened to this album (actually, I owned it on cassette at the time) and I never had the urge to copy any of it in real life. It's filled with violence, misogyny, stupidity, and drug use. It's also hilarious, and so over the top that you'd have to be impaired to take it seriously. I'm sure that didn't stop people...

Nah, Licensed To Ill was wonderful as a teenager because of its catchy music and ridiculous braggadocio. I didn't understand the significance of references like "Forty-Deuce" then (New York's 42nd Street, famed for assorted tawdry stuff), but I knew they were speaking a language I wanted to hear. Plus, there was a knowing wink and silliness to all of it. I mean, how can you parse: