The whole thing probably started the night that Sara and I were discussing Stuckey's. Why Stuckey's? I dunno! But we were, and this led me to discover that there was a Stuckey's in Opelousas. Opelousas is not REALLY close, but it's not far, either. So an idea was planted.

Flash forward a few weeks, and my sister Amy tells me that she is taking a few days off work. I ask if she's interested in a road trip to Stuckey's. And lo, a plan was hatched.

As plans go, it was pretty basic. We drove to Opelousas, stopped to eat at the Palace Cafe, and then went looking for Stuckey's. It proved to be not very hard to locate, mostly because I wasn't the one driving. Heh heh.

The Stuckey's itself was a bit of a disappointment. There was very little in it that marked it as a "real" Stuckey's. The nut stuff was there, but alas, the incredibly tacky souvenirs were in short supply. There were a few, but not nearly enough. Still, we did pick up some stuff, and the adventure was definitely worth the effort. So hey, a day well spent, I think.

It appears that there is a Stuckey's in Orange, TX that I could get to without a whole lotta trouble. This is a relatively recent development, since it was definitely not on this stretch of road back in 2008. Believe me, I traveled it enough back then that I would have noticed. There is also a location in Winnie, TX that might even be a Stuckey's in the more "classic" vein. I don't think I will be going anytime soon, but it's something to consider for the future. 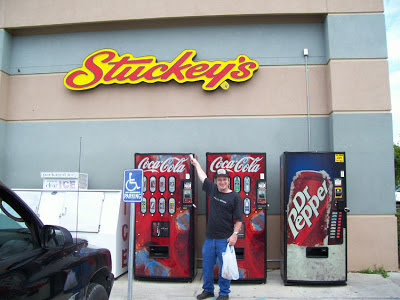 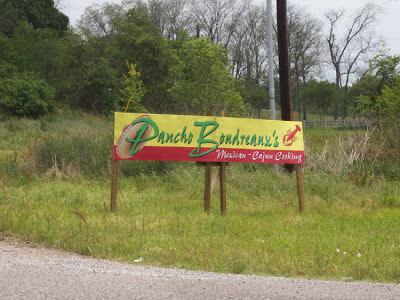