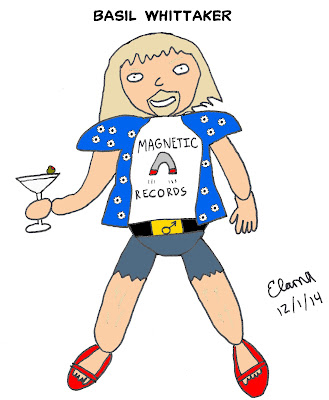 Basil Whittaker is the charismatic British billionaire and daredevil adventurer who entered the public consciousness due to his heavy investment in the Magnetic Records music label (famous as the home of the band the Scarys). He didn't seek out the spotlight at first, but when it focused on him, he found it irresistible. His knack for publicity stunts has ensured that it never leaves him for very long, especially when coupled with his overall eccentric demeanor.

Basil Whittaker originally financed Paul Mann's start-up company Mann Creations when Mann mysteriously appeared on the scene a number of years ago. Somewhat uncharacteristically, Basil did this with no fanfare, and later sold his interest in the company back to Mann himself. Mann considers Basil his mentor, and the two have a surrogate father/son relationship that is perhaps so obvious that it led to the non-revelation that ended Paul Mann and Roxanne Prize's relationship.

When not tending to his myriad business interests or off on some boondoggle like circling the Earth in a hot air balloon, Basil is one of the foremost art collectors in the world. He specializes in pieces that are considered “grotesque” by the population-at-large. This hobby is the source of some consternation among his friends and associates since no one is sure whether he is pursuing it ironically or because he genuinely likes the works he buys. Basil isn't saying, and everyone is afraid to ask.
Posted by C. Elam at 2:37 PM