Admittedly, I probably missed the real one. And I haven't been posting as much here over the last couple of years anyway. Still, I did list "October/November 1995" as the date for OWARI #1. So I guess we can say this still counts as the 20th anniversary of OWARI?

It doesn't seem possible that it has been two decades since I finally bit the bullet and started producing my own thing for public consumption. Heck, it's been 10 years since I bid a fond farewell to doing fanzines. Yet here we are. There is plenty of good and bad as I reflect on that body of work. But the thing that makes me happiest is that I can use the phrase "body of work" and not feel like I'm kidding myself.

I've been publishing my own work since 1995. I've been blogging since 2003. I'm kinda proud of what I've accomplished during that time, modest though it may be. It's a lot more than I ever realistically anticipated for myself.

I don't know what else to say here. Thank you to all the people along the way who have encouraged me, befriended me, or just read what I had to say. Having people actually care what I have to say means a lot to me.
Posted by C. Elam at 10:01 PM No comments: 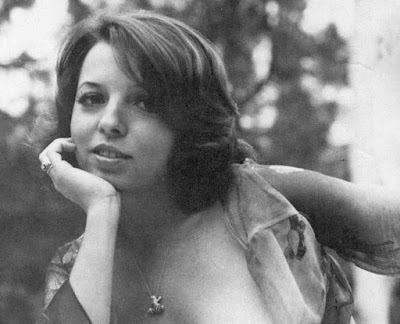 I started Rene Bond Tribute in October 2013 because I thought Rene deserved to be remembered and honored on Facebook. That's why I mostly let her do the talking via photos and video clips. That page isn't about me. It's her page.

We learned a bit more about Rene's life this year via her friend Joan, including some of the circumstances of her untimely passing. It's still incredibly sad that we lost her so young, but I am glad to at least know she was happy until the end. That's a small comfort in the tragedy of her death.

Happy birthday, Rene Bond. You are not forgotten. And you are loved.
Posted by C. Elam at 8:00 AM No comments: