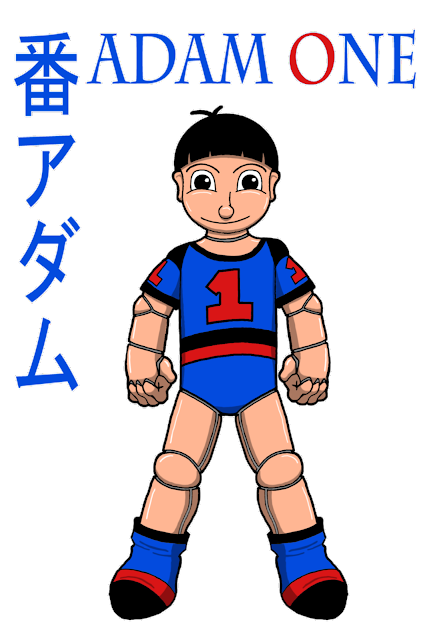 Adam One (番アダム Ichiban Adamu) is an original character (with an obvious influence from Tetsuwan Atom/Astro Boy) created by BB. The greatest (and so far unrepeatable) success of Dr. Isamu Yoneda (米田勇博士 – Yoneda Isamu Hakase) was Adam One. Originally designed as a companion for orphans, Adam was stolen by a doomsday cult and upgraded into a war machine. Doctor Yoneda and a horde of servitor robots and puppets stormed the cult’s compound and saved Adam. While Yoneda removed most of the gear the cult had packed into Adam, he left the rocket boots and finger laser intact at the robot boy’s request .

Yoneda and Adam have a “family” of half-bright robots and puppets which sometimes cause as much trouble as they solve.