A Farewell To Casey Kasem 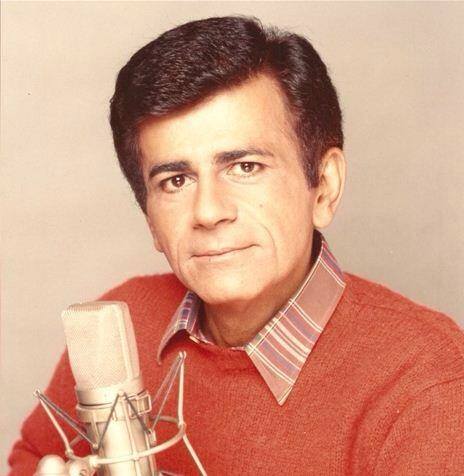 (Photo via Crystal Price KFOX 14)
I don't talk about every passage from this mortal coil that impacts my life, but this is too big to go unmentioned. I've talked a lot about AMERICAN TOP 40 in these parts the last few years, and I've been a faithful follower of the 1970s rebroadcasts during that time. This weekend was no different, and probably at the same time I was listening Sunday morning, Casey Kasem passed away at the age of 82.

This was not a surprise. If anything, it's something we were all expecting. The very unfortunate circumstances about his life and welfare the last few years have been discussed elsewhere, and are not something I want to dwell on besides acknowledging their existence. Instead, I want to focus on the positives of his life and career.

I first became aware of Casey Kasem as a personality from the AMERICA'S TOP 10 TV show, which was an extension of what he was doing on the radio with AMERICAN TOP 40. If Kasem had only worked in radio, he'd still be a legend. But he did plenty of acting and voiceover work, too. Casey was most famous as Shaggy from SCOOBY-DOO, but he was also Robin in SUPER FRIENDS and other shows, Mark in BATTLE OF THE PLANETS, and really too many other voices to list. There is something oddly comforting about his delivery, and when I hear him, it's like an old friend stopping by for a visit.

Casey Kasem wasn't a perfect human being by any means. But he had an iconic career, and by any measure, his was a life filled with success. Rest easy, Mr. Kasem, as you finally reach those stars.
Posted by C. Elam at 2:26 PM