Happy Bloggiversary To Me 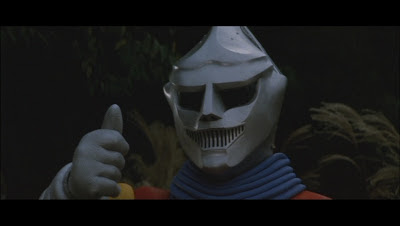 I chose to eschew doing a "year in review" post for either December 31st or January 1st this go-around. Because of a quirk in when I started this blog, the anniversary comes shortly after I go to that trouble. And yes, today marks the fourth anniversary of Christopher Elam's OWARI.

Obviously, this blog has evolved since its inception. It was originally created just as a back-up, then was converted into a "Greatest Hits" sort of thing. Eventually, it became not only the MAIN blog, but the personal site I'd always avoided creating. I've been mostly pleased with the results. I don't hit a home run every at-bat, but I like my current percentage.

2012 saw some fun things happen here. Though the volume wasn't quite as great as prior years, there was plenty of new art. I introduced some new characters and added some fiction, too. I finished my review of the fanzine years of OWARI. I even finally found the time to write about those Chinese/Japanese superhero movies, which is something I have been promising for years. Plus, there was a lot of other cool stuff. Why not peruse the archives if you are so inclined?

But naturally, 2012 also had setbacks. I was victimized by a lightning strike yet again. My Internet went down for days. You know the drill. Still, I soldiered on, and I'm proud of that.

2013 promises to be another year of milestones. Unless something catastrophic happens (knock on wood), I should reach 1,000 posts here at some point. This is mind-boggling to me when I consider I was only aiming for 100 in 2009. Even more mind-boggling is that July will mark my TENTH BLOGGING ANNIVERSARY. Though this blog began on January 7, 2009, my very first blog launched on July 13, 2003. Holy crow.

Through thick and thin, I want you to know that I am grateful to each and every one of you who considers visiting this blog a worthy use of your time. I drift from one subject to another on a pretty regular basis, so the fact that I have any kind of regular readership humbles me. Thank you for reading and commenting.