If you are the kind of person who pays any attention at all to the human beings running around in Japanese sci-fi, you probably have at least one actress you consider your favorite. Kumi Mizuno is the one who gets the most discussion in Godzilla fandom, but she's hardly alone. There are many worthy ladies who could be considered "tokusatsu starlets": Akiko Wakabayashi, Mie Hama, Yumi Shirakawa, and your favorite Toho actress I didn't list here. And that's before we even bring up the women in non-Toho films (like Reiko Kasahara) or the ones who made their mark on TV (Hiroko Sakurai, Yuriko Hishimi, too many others to list).

There is, however, one name that usually doesn't get mentioned. Oh, she's actually in a kaiju film, but not in a significant role. That opportunity escaped her not once, but twice. I speak of none other than Noriko Takahashi. 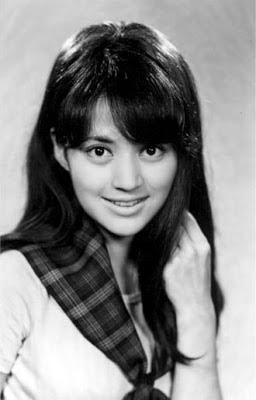 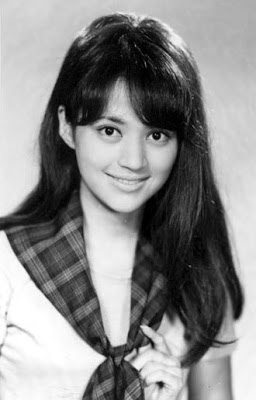 Noriko Takahashi (高橋紀子 - Takahashi Noriko) didn't have a particularly disappointing career for an actress from that era, if you look at her credits on her Wikipedia entry. However, like the majority of them, she is unknown in the West due to not appearing in a significant tokusatsu role. This is why Reiko Dan (who was in Kurosawa films) is less known in America than someone like Keiko Sawai.

Noriko DID, however, appear in FRANKENSTEIN CONQUERS THE WORLD. You're excused if you don't remember her. I've included a screenshot to refresh your memory. 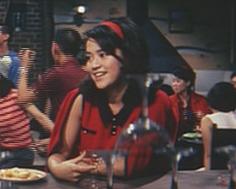 Yes, she's the girl who is briefly seen dancing at the party that is attacked by Baragon. It's a relatively minor role, probably amounting to about a minute or two of screen time. It's not unusual to see people who starred or co-starred in other movies make these sort of appearances in the kaiju films. It's just the nature of how Toho operated in those days.

But FRANKENSTEIN CONQUERS THE WORLD wasn't meant to be Noriko's only Toho tokusatsu film. No, she was cast in a much bigger role the next year - that of Dayo in GODZILLA VS. THE SEA MONSTER. I could swear I have even seen a picture of her in the Dayo outfit, but had no luck finding it. According to her entry, she was hospitalized with appendicitis and had to drop out. This led to Kumi Mizuno replacing her and further cementing her future position as Toho Starlet #1 in the minds of many.

What I hadn't realized until a few days ago was that Noriko was apparently ALSO slated to play the role of Ayako Hoshino in 1970's YOG - MONSTER FROM SPACE/SPACE AMOEBA. This time, she was newly-married, and it appears she had retired prior to the commencement of filming. That led to Atsuko Takahashi taking the female lead in what is probably the last of the "Golden Era" Toho tokusatsu films.

I salute you, Noriko Takahashi. Fate conspired to make you more obscure than you deserve to be. Well, I remember you.
Posted by C. Elam at 11:45 PM