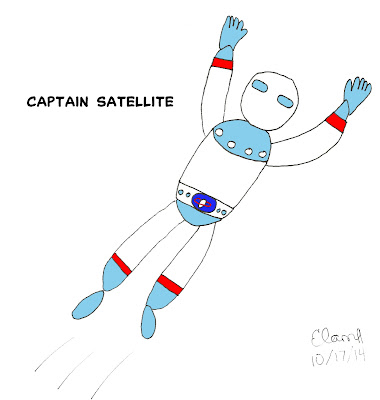 Paul Mann showed up in Major City a dozen years ago, and quickly took it by storm. His shy, mild-mannered demeanor did little to hide the brilliance which caught everyone off-guard. Before he'd hit his 21st birthday, Mann's company Mann Creations had made him a multi-billionaire.

Except who is Paul Mann? His background details are virtually impossible to verify. Investigative reporter Roxanne Prize, his one-time girlfriend, took it upon herself to discover who he really was. She failed, and the resultant rift finished their relationship.

There are other, more sinister forces that want to know what makes Paul Mann tick. The subversive group Third World is one, and they have decided that they must either have his knowledge or have him dead. This led to a botched assassination attempt that was only foiled by the quick action of Shelly Ericson. That particular incident would change Paul Mann's direction in a way even his enemies could not have anticipated.

Inspired by the comic books and vintage sci-fi movies that he treasures so much, Paul Mann channeled his super-scientific knowledge into the creation of the Captain Satellite suit. This lightweight powersuit, activated by a wristband dubbed the Digital Changer, allows Paul Mann to fly, serves as an exo-skeleton, and is equipped with an array of functions activated by the press of a button. With this fantastic powersuit, Paul Mann launched his career as Captain Satellite! There's only one catch - he's not very good at it.

Widely hailed as the "The World's Greatest Hero," Captain Satellite is more than a little uncomfortable with the label. He is acutely aware of his inadequacies in that role, from a lack of fighting ability to being something of a poor shot. Fortunately, he has the able assistance of Shelly Ericson (now his bodyguard/girlfriend) to take up his slack. Shelly has charged herself with tutoring her partner in the necessary combat skills for adventuring, and she has made progress - though Cap still has a long way to go.

To supplement his quest for justice, Captain Satellite has a number of special gadgets at his disposal. Chief among these is the versatile Multi-Gun, which he holds in reserve within the Digital Changer until a situation demands its use. Cap also has his Rocket Racecar, an amazing vehicle loaded with special features. The most notable of these features is flight, a capability used to good advantage by Shelly. Cap is not quite as skilled a pilot, but he's learning.

Paul Mann/Captain Satellite is based out of the fabled March Mansion, located at 114 Alan Parrish Road in suburban Major City. He chose March Mansion to be his home because the building was already installed with a number of secret passageways and hidden rooms, perfect for his needs. He has made numerous improvements and modifications since setting up shop there. The most noticeable of these is a sprawling computer system nicknamed "Sparky" that maintains the entire estate in pristine condition and monitors for any irregularities.

Paul Mann has made no secret of the fact that he is Captain Satellite. Pretty much every facet of his life practically screams it to anyone paying attention. But who is Paul Mann? That question...has yet to be answered.
Posted by C. Elam at 2:06 PM